Also Special dedication: To a close buddy of mines from Nelspruit. Yaseen aka “Junky” Mohammed. I will pledge a bet with you on my blog. If Utd beat Liverpool I will take you for the long awaited Prawns…………….when you come to JHB or I am thinking of coming to Nelspruit for a breather. Visit Faaiyaz one time. Deal is On
“Guys remember the Jihad Abu vs Ali Post is a war. We get all kinds of comments. The comments that have been deemed inferior sparks the hate, the passion, For the record upon consulting with advisors and taking fellow bloggers opinions into consideration, Since the banning of Gori Sugra and her husband Goolam Patel we say as they say in Italian, Arivideci to Riyad Rustenburg and all his cousins from Lichtenburg and Rustenburg. But we thank him for his Input and the blood he shed. “- The Swoosh Blog Commitee.
Facebook Comments
comments

Juventus 0 Monza 2. In Turin ?. Monza do the double on us. We slip again. Talks are we might be demoted to Serie... 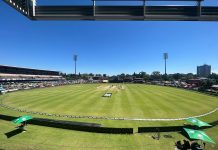 South Africa vs England at the Mangaung Oval. Bawooma as my grandfather used to say scores a century. As SA won by 5 wickets....

South Africa vs England at the Mangaung Oval. Bawooma as my...

South Africa vs England at the Mangaung Oval. Bawooma as my...