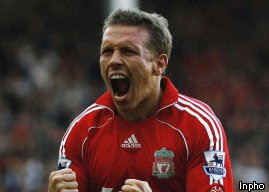 There is nothing like looking into the fairway at Crown Mines, Seeing the Industrial Buildings,The Smog, The Putco Bus’s, The singing of passer by’s just like Kareoke. Makes you want to Hit Your Partner with a 9 Iron. Thats if you not playing at Fan Court. Just as well things panned out but Craig Bellamy is one talented Individual. The welshman has never been short of controversy. His episodes with Souness, Hitting chics in a night club, I seen that by the way back in the day at RIVETS in Durbs. One Slum owe did it to a chic, Fisted her like Sugar Ray ala Casius Clay. And now Bellamy’s latest spat hitting your friend because of Singing. This lad has a temper. I woudnt want to be defending against him. He has that Bite ,that fight. I know sometimes you want to take a bat and hit the owe singing. But I mean Simon Cowel and Randal from Idols would have hit about a million hole in ones now if you use the “THEORY OF THE BELLAMY”. So was it because of the Singing, Was it because Risse refused to sing PARTY IN THE GHETTO ,because he is from Norway and coudnt pronounce the words. Whatever Bellamy gets this weeks MUGG OF THE WEEK….You just dont do that to a team member. But Credit to Rafa for fielding him in Barcelona
comments 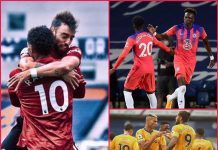 “Knock Knock! Who’s there?Issa. “Issa Who”Issa Nudder Penalty. The MANCS score a Lateeeeee penalty to beat Brighton 3-2. All I heard from the ABUS... 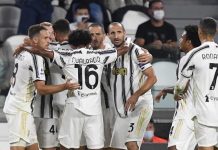 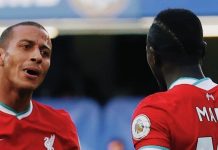 These 2 were class. Mane was MOTM and Lampard looked grumpy. Keppa sold Chelsea again. Alcantra is a clussss signing. Liverpool punished the Chelsea...